Al Nusra front is , at the moment legging north out of the Idlib military airport 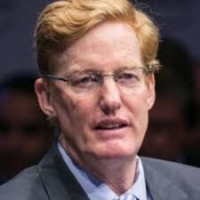 Thank you for that. I will reply in detail,  probably tomorrow when I have time. The Syrian army is very well armed by the  Russians now they  are advancing very well indeed in Idlib, they are nearly  at the military air field. The  Russians are not going to abandon Assad or Syria they are improving and making more deep the port  facilities in Tartarus., to accommodate their ships. This is the Russian naval base on the Med. You ask your father in law . The Russians have a good air base also and they are not going to abandon  that.

Assad has said that the US will take no part in the rebuilding of Syria – they have destroyed a good deal of it. The Chinese are  coming in to rebuild.  Al Nusra front is , at the moment legging north out of  the Idlib military  airport.

The Syrians want the US OUT,  they should comply.  They do not understand  the Middle east , never have I think, and they are unlikely  to listen to an intelligent man married into a lovely  Syrian family,  like you Joshua.

I hope intelligent people read your article; dare we hope high ups in the Pentagon. You can forget State.

That British diplomat who was raped and murdered in Beriut. Her fault.  She obviously was never properly briefed. You do not wear short skirts and you never travel alone, especially  at night in an Uber taxi. I think the driver was not even Lebanese. You use the service taxis and wear proper modest dress.  I never had any trouble and I was two  years in Syria and 6 in the Yemen. Lovely country that with kind people now being destroyed by the Saudis because the Houthi are Shi’a and support Iran. Why not ? Iraq is what 75% Shi’a

Turkish military base in the Gulf state, lower its relations with Iran, and shutter Qatar-sponsored media,